It is that time of year again where we are all planning what feasts are going to be enjoyed over the Christmas period. Whatever you decide, most of us will be thinking about what wines to buy as gifts or serve with the Christmas dinner. We have put together an exclusive selection that would be ideal for drinking over the Christmas period with or without food. Domaine Moulin Berger Julienas 2013 is a wonderful wine from the Beaujolais region of France, if you like Fleurie you'll love this wine. 100% Gamay grape, ruby red with red garnet tints, medium bodied; delicate aromas of strawberry and blackberry with a slight touch of cinnamon, smooth, smooth finish with a lingering fruit finish. Was €17.95 now €12.99. ..

Let’s firstly step back in time to an age when grape growing and wine making was a slow one, influenced by the seasons, a culture of patience. No unnatural fertilisers, no pesticides, with a hands on approach to managing the vines and making the wine. The wine was matured using natural yeasts and the bacteria present on the grape skins to perform fermentation, allowing longer maturation rather than rushing it along with additives, colouring, acid or stablishing agents. In the past this would have been called traditional wine making. Moving to the present day wine is still made from grapes, but there are now many farming philosophies of getting from the bud to the bottle. First on the list is Mass Production Wines, Wine and wine nam.. 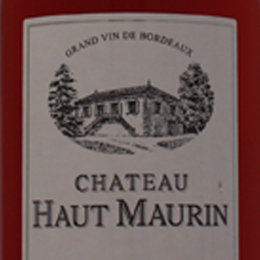 You may have encountered the term Claret and wondered what it is? After all, there is no grape variety called claret. The term can be traced back to medieval times and has evolved in its meaning through the centuries. However one thing is certain, it’s deeply rooted in Bordeaux. The term Claret comes from Clairet which means clear, and Clairet is a French type of wine much loved in medieval times but  rarely seen in the modern era, in fact when Eleanor of Aquitaine’s married Henry Plantagenet of England in the 13th century. Eleanor brought with her a taste for these wines and very soon galleons were shipping loads across the Channel to satisfy the great English demand. So originally all Clarets were Clairets, any clearer? &nb..