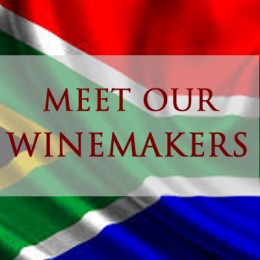 Diemersdal is one of the oldest family owned estates in South Africa, founded in 1698 and owned by the same family since 1885. The Louw family is now farming the vines. Every first-born son is called Matthys Michael Louw and there are currently three generations living and working on the estate. It has been handed down from father to son since 1885 and now has three generations working and living on the farm. Thys Louw is the sixth-generation winemaker, his father, Tienie snr has been making wine on the farm for more than 30 years. It was under Thys and Tienie snr that the farm moved away from bulk wine, selling the grapes on to other wine makers. "My father is a forward thinker. He realised back then that we could add value without a..

Laila Libenzi was started in the 1950’s when Aristle Libenzi and his wife Renata bought land near Corinaldo in the Marche region overlooking the Adriatic Sea on the East coast of Italy.  They worked the land and tended the vines with true Italian passion. Over the years they were joined by their daughter Laila, then son in law Andrea Crocenzi. In 1990 Andrea invested heavily in high density planting which is very unusual in the region, this obtained wines of greater concentration, resulting in a style that is unique to the winery and together with Oenologist Lorenzo Landi they turned this into one of the most innovative wineries of the Marche.  Since 2013 the vineyard has been managed by Laila’s children, Andrea and Chiara w.. 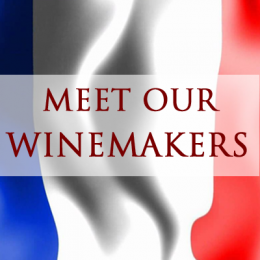 "Costières de Nîmes is the most southerly appellation of the Cote du Rhone. The wines of the area are reputed to have been consumed by the Ancient Greeks and thus figure among the oldest known wines in the world. Tucked away in this region is Chateau Beaubois, vines have been grown here since the 13th century. Cistercian monks originally planted grapes and olives in the sun-soaked, stony soils, noticing immediately the potential for quality found within modern-day Costières de Nîmes' terroirs. Fanny and her brother François are the 4th generation tending the vines and making wine on this plot of land. This brother-and-sister team organically farm 54 hectares of grapes, and 2 hectares of olives on their historic property, happy to ..

Wine has been produced in Spain for thousands of years: Romans had a particular liking for Rioja wines, records exist of shipments of nearly 20 million amphorae from Spain to Rome in 20 AD! The region gets its name from the river Oja, a tributary of the Ebro. The real improvements in Rioja wine making began around 1780, when then modern techniques were adopted from wine makers in Bordeaux. Historically in Rioja, growers grew the grapes, sold these to the wine makers who bottled, stored and sold the wines. This practice still exists, with contracts between growers and Bodegas. In the early 1980’s when Gabriel Cuevas inherited a portion of his family’s vineyards, located on the high mountain slopes of Rioja Baja, he decid..

Newbridge Wine Buff David Malone recently experienced harvest time at the Diemersdal Estate in the Western Cape.  Here’s his report… I have been lucky enough to have visited over fifty countries, but never to South Africa, so it was the eyes of a novice that I drove from Cape Town’s iconic Table Mountain north to Durbanville in the heart of the Cape Winelands.  Diemersdal is one of South Africa’s premier wine estates, a pristine property where they have been making wine for over 300 years.  It is stunningly beautiful hilly setting with 250 vineyards spread over 350 hectares.  Anyone can visit, and many do, relaxing in the sunshine tasting a variety of great wines all at vineyard price.  My host for the..

THE IRISH SETTER HAS ARRIVED

Paddy O’Flynn originally from north Cork moved to St Emilion in 1988, the year his father in-law Rene Baylet, the wine maker at the renowned Chateau Cantin in St Emilion was awarded best wine maker in France for quality/price. Later that year his brother in-law Richard Baylet started his mobile wine bottling business and is now the largest supplier of this service in the southwest of France. So, you could say Paddy married into the wine culture of Bordeaux, soon after Paddy worked in Tour du Vin, St Emilion where he was introduced to the variety and complexity of Bordeaux wines and so began his lifelong passion for wine and sniffing out good quality/priced wines. In 2000 Paddy co-founded the Wine Buff chain of shops in Ire.. 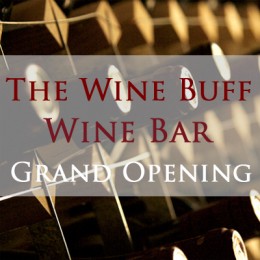 One of Ireland’s most popular steakhouses has teamed up with award winning ‘The Wine Buff’ family to create a new food and wine experience for Limerick. Brimstone restaurant in Limerick’s Bishops Quay will host a unique new wine bar, one with stunning views overlooking the River Shannon. ‘The Wine Buff Wine Bar’ will be a showcase for some of the finest local produce, all paired with exceptional vintages selected by The Wine Buff.  “Everyone is invited,” said Brimstone Executive Director Keith Hennessy, adding “we have always strived to create the perfect food and wine pairing.  We believe that combining a Brimstone signature steak with a unique vintage from The Wine Buff is a match made in heaven.  It simply doesn’t g.. 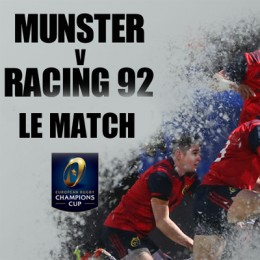 Allez Munster!!! Heading to Bordeaux for the Munster match? The Wine Buff St Emilion is open for pre-match tastings and post match celebrations. Paddy would be delighted for all Munster supporters to visit the shop and taste our local range of wines. The Wine Buff St Emilion is located in the centre of St Emillion, on Rue du Marche,  just off the main square. Tel : +33 6 28 80 21. So if your're about, you're more than welcome to call in.       ..