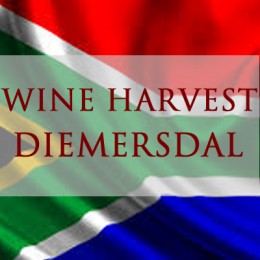 Newbridge Wine Buff David Malone recently experienced harvest time at the Diemersdal Estate in the Western Cape.  Here’s his report… I have been lucky enough to have visited over fifty countries, but never to South Africa, so it was the eyes of a novice that I drove from Cape Town’s iconic Table Mountain north to Durbanville in the heart of the Cape Winelands.  Diemersdal is one of South Africa’s premier wine estates, a pristine property where they have been making wine for over 300 years.  It is stunningly beautiful hilly setting with 250 vineyards spread over 350 hectares.  Anyone can visit, and many do, relaxing in the sunshine tasting a variety of great wines all at vineyard price.  My host for the..

The region of Valpolicello has been making wines since before roman times the name translates as “the valley of many cellars”. The Romans developed a wine making process known as appassimento, for making sweet wines. The grapes were harvested and allowed to dry in the sun on straw mats. This turned the grapes almost into raisins, you lose the water but have a super concentration of sugar. The raisined grapes are then fermented and the yeasts would die off before all the sugar had been completely fermented leaving a sweet wine. Modern winemakers still follow these principles drying the grapes in lofts on trays and stopping  the fermentation process manually. Amarone goes through a similar process. Legend has it, that ..

SHERRY, NOT JUST FOR CHRISTMAS 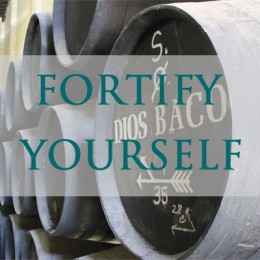 Not so long ago, Sherry was usually seen as a sweet tipple that granny had at Christmas and the same bottle was resurrected year on year from the back of the cupboard for the odd glass or two. But recently things are a changing, we have been pleased to see how many people are visiting The Wine Buff shops for Sherry and how knowledgeable they are about the different styles. It really is time more people knew just how good Sherry is. And bear in mind, contrary to popular belief, Sherry, once opened does not keep forever. Some Sherry Facts Sherry (from the Moorish Sherish, name that later evolved into the current Xerez or Jerez) is a lightly fortified dry white wine produced in and around the town of Jerez d..

This time of year, France is focused on its wine harvest but this year is different to recent years, an unusually mild March and frosty April, difficult ripening due to water stress and scorching heat in June and August has led to low yields, the lowest since 1945. And with unpredictable rains now forecast the race is on to pick the grapes. Last week we spoke to Fanny and Francois Boyer from Chateau Beaubois and received their harvest update. “Our harvest started historically early this year on 11th August at 2am to take advantage of the cooler late-night temperatures. The harvest started 15 days earlier than 2106 and 30 days earlier than the 1988 vintage. Take note climate change sceptics”. said Fanny. Fanny who is the wi..

Fans of southern Rhone wines who have seen the price of their Chateauneuf du Pape creep upwards over the last few years have been seeking out alternatives and Vacqueyras is a definite option, the region is cooler and vineyards sit higher on the landscape then Chateauneuf, producing wines that are robust, strong and rich. The wines are more approachable when young but can still age for up to 20 years.   Vacqueyras Facts        The region was awarded “Cru” status in 1990. The appellation gets its name from the latin “valléa quadreria” (“valley of rocks”) and is one of Frances smallest appellation in terms of wine production.  Grenache is king in the southern Rhone and Vacque..